HP Touchpad... is it a collector's item now?

HP announced today that they will end operations of it’s webOS - the operating system for the HP Touchpad tablet - and cease selling the Touchpad. Stunning. The device was released just back in June… about 6 weeks ago. Earlier reports from retailers such as Best Buy were indicating that sales of the Touchpad were very slow - something like 10% of the stock ordered. 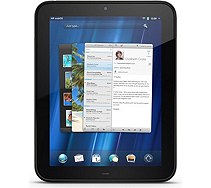 Looks like Apple’s hold on the tablet market with the iPad continues to dominate. I am curious how the Playbook is selling as well as any of the several Android powered tablets. Who’s next to fall?