Recently, Asymco released some data and analysis regarding the progression of smart phone market share in the US that sheds some light on how the market has shifted in the last few years. Below is a graph of data from Asymco that shows the breakdown of US Smart Phone platforms over time. It’s interesting to see this duality of iOS and Android that has formed in the past 3 years. It’s also interesting to note that iOS is seeing a steady climb, while Android has actually seen a slight decline in market share. Will there be a third player in this market? Windows Phone and BlackBerry have seen market share erode over the last several months. Developers have become more and more focused on iOS and Android; the largest and most influential share of the market. I’d expect that focus to continue to strengthen. 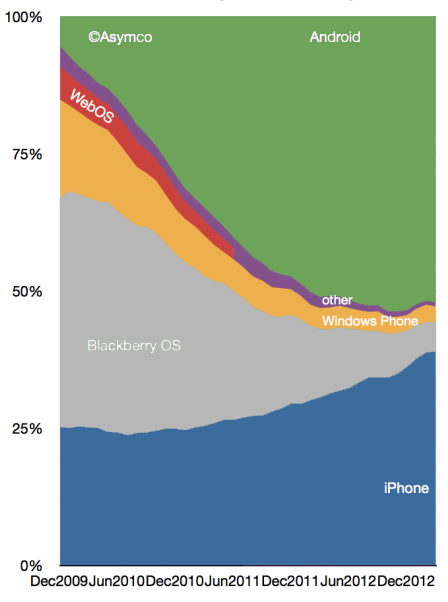