Apple today published a press release detailing the App Store revenue for 2013. How much did iOS users spend on apps in 2013? Over $10 billion. That’s a lot. 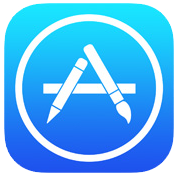 To put that into perspective, in it’s fiscal year 2013, Starbucks raked in $14.9 billion in revenue from all of it’s global sales of coffee and fancy drinks. (I wonder how much of that came from me?)

The press release also indicates that in December alone, there was over $1 billion in sales, making it the most successful month in App Store history.

Remember those days before the App Store existed? When I bought the original iPhone in 2007, it had a single home screen of apps and that’s all you got. Reportedly, Steve Jobs was originally opposed to the App Store. In his biography of Jobs, Walter Issacson describes how Jobs was hesitant about third party developers being involved in the platform. He didn’t want them to screw it up. WIth some encouragement from Phil Schiller and others internally, he eventually opened up to the idea.

It’s great to see the economy that has been built around app development in such a short period of time. I’m certain there’s more great things to come with the App Store.

Oh yeah… and 70% of that $10 billion goes to third party developers (minus the Apple apps sold I suppose). Hey developers…what’s your next great app idea?